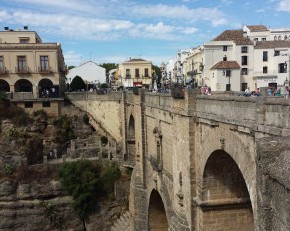 Andalucía has many beautiful towns and cities which must be seen.

The organised excursions are a great stress free way to visit them.

Please check our partner website to book your trip : http://www.malagashuttlebus.com/excursions.htm

Málaga is a world apart from the adjoining Costa del Sol; a briskly modern yet historic city, it still has the atmosphere and swagger of a Mediterranean port. Admittedly, initial impressions can be discouraging as, like most Spanish cities, the shell is drab and industrial. But the kernel, the historic city centre, is charming with its majestic, if peculiar, unfinished Gothic cathedral, surrounded by traditional balconied buildings, narrow pedestrian streets and some of the best tapas bars in the province. In recent years, the city has heavily invested in its culture and heritage with new museums, extensive restoration and a brand-new port development.

Málaga is a joy to stroll around, with a skyline that reflects the city’s eclectic character; church spires jostle for space with russet-red tiled roofs and lofty apartment buildings while, like a grand old dame, the 11th-century Gibralfaro castle sits grandly and provides the best view of all.

Heading inland to the heart of Andalucía.
Visit to the Alhambra, famous fortress and supreme
monument of Arabic architecture.

Panoramic sightseeing tour of the city including the Santa Cruz District, MarÃ­a Luisa Park, Palm Tree Avenue, Expo area and guide visit of the Cathedral.
On the banks of the famous Guadalquivir river sits Sevilla beautiful Torre del Oro and its Bull-ring.
River excursions are a great way to enjoy many other sights...

“Route of the Bull”.
Visit to a “Bodega”, (Sherry cellar).
Display of the Royal Equestrian School of Andalucía.
Lunch in a typical restaurant.

A drive castwards along the coastline and then through the typical white villages brings us to the town of Nerja (36 miles from Málaga).
Visit the prehistoric caves of impressive dimensions which feature halls and galleries within.
Enjoy the spectacular views from the “Balcón de Europa”.

On arrival a local guide will take you through the historical center known world wide for its Arab and Jewish monuments.
Visits to the following places of interest:
• Mosque
• Jewish District
• Synagogue
• Roman Bridge
• Lunch in a typical restaurant
• Visit to the Patios and Garden of Córdoba 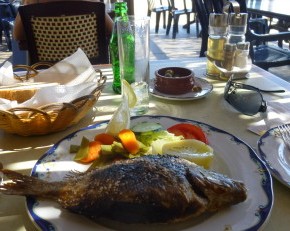